Christian McCaffrey’s New Physique A Reason for Daily Fantasy Players to be Concerned?

The Carolina Panthers knew they were getting a playmaker in running back Christian McCaffrey when they drafted him out of Stanford last year. With over 1,000 total yards, seven total touchdowns, and 80 receptions last season, it is safe to say that Panthers fans and daily fantasy players were not disappointed in him.

But if you follow him or the Panthers on social media than you are aware that he’s changed. The change has some concerned that his greatest asset—his speed – may not be as great anymore.

It is clear to see in the pictures of McCaffrey that have recently made their way to the internet, that he is bigger. Normally, more muscle would be considered a good thing for a football player. But for a guy who relies on his speed, it could slow him down.

That is, if he has put on too much.

Whatever McCaffrey did during the offseason has definitely given him a much more ripped physique. But according to him, he didn’t really put on much weight; just five pounds of muscle.

“Everybody’s acting like I was tiny last year and now I’ve had this big growth,” he said after the Panthers wrapped up their first week of OTAs (Panthers.com). “It’s not like I’ve transformed.

“I’ve gained about five pounds of good muscle,” he said.

Will this be a problem? 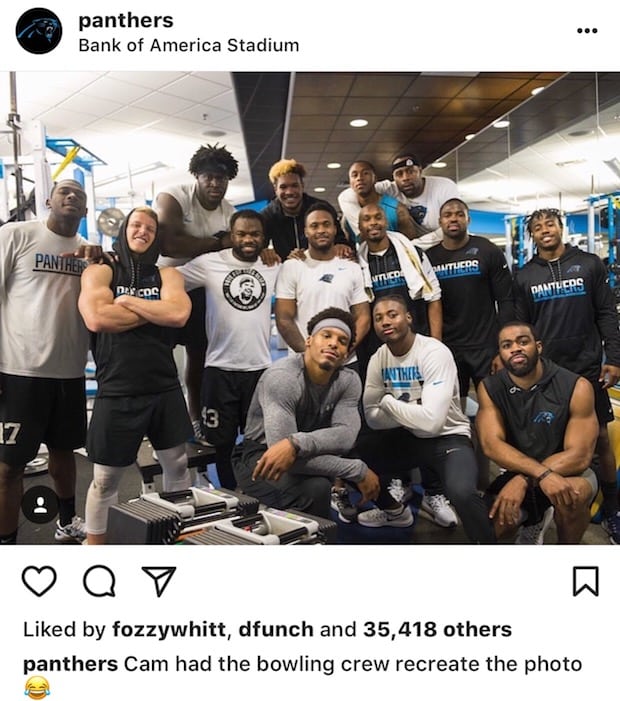 He didn’t gain so much weight that there should be any concern over his speed and agility. If anything, he probably put on enough to help him do what he said he was looking to do:

“My core strength, my upper body strength and my lower body,” McCaffrey continued, “I’m just trying to increase all those. Make sure I can break tackles in the second level and be able to turn those three-, four-yard runs into some bigger runs.”

It sounds like his new physique is going to help him become an even better daily fantasy asset this coming season as he was last season.