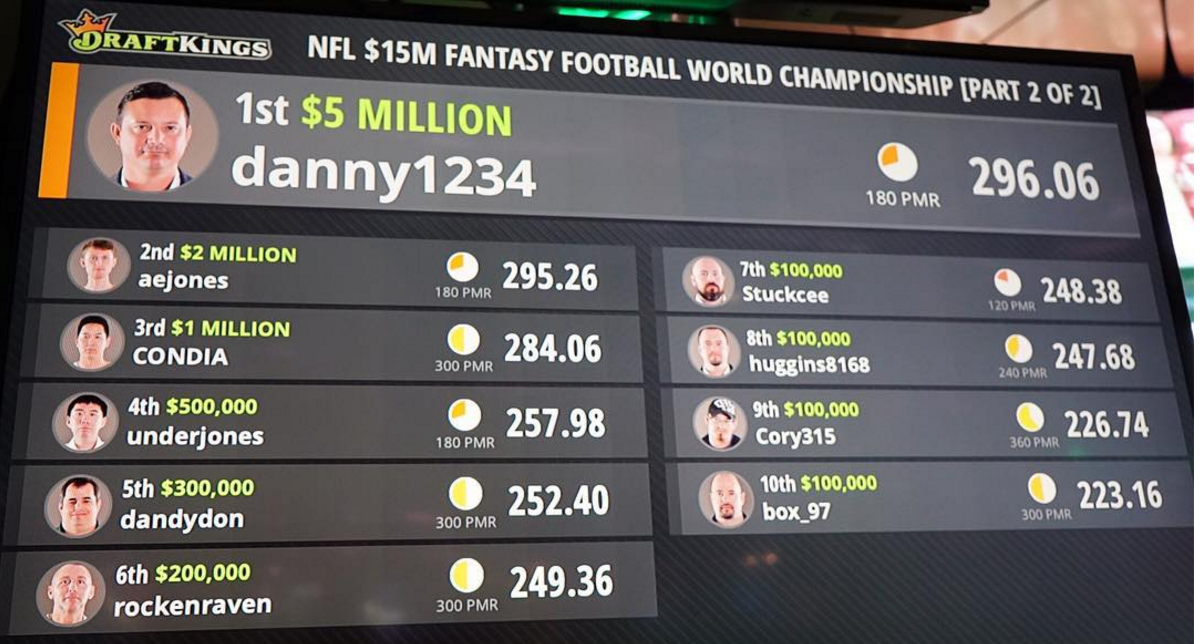 By DKL Staff - 6 years ago in News Updates

It was a 230 mile trek from San Diego, home of the first round of the Fantasy Football World Championship, to Danny Moreno’s home in Northern California. Things looked bleak for Danny, as he was in 160th place with one half of football remaining. In San Diego with his brother, they decided it was time to head home early. Might as well “beat traffic and get a jump on work tomorrow.”

Danny1234 and his brother took off for home and made it about halfway before pulling over to take a final look at his FFWC standing. As the app refreshed, he was shocked to see just how far he’d skyrocketed up the leaderboard. Just an hour earlier he sat in 160th place, so seeing that he had jumped all the way up to 6th in the standings, Danny was understandably stunned. He quickly realized this would guarantee a ticket to Los Angeles and a spot in the Final 10. Suddenly, getting that head start on work for Monday wasn’t nearly as important. Danny and his brother turned the car around to head back to San Diego.

The story of Danny’s love for football plays much like his incredible rollercoaster ride in San Diego’s live final. Growing up a Dan Marino fan, Danny spent much of his young life passionately following the game. But that excitement faded as life got busier, and watching the NFL consistently became increasingly more difficult. He had driven away from football, and just before he had completely left it behind, he found fantasy football and did a U-turn on the game. 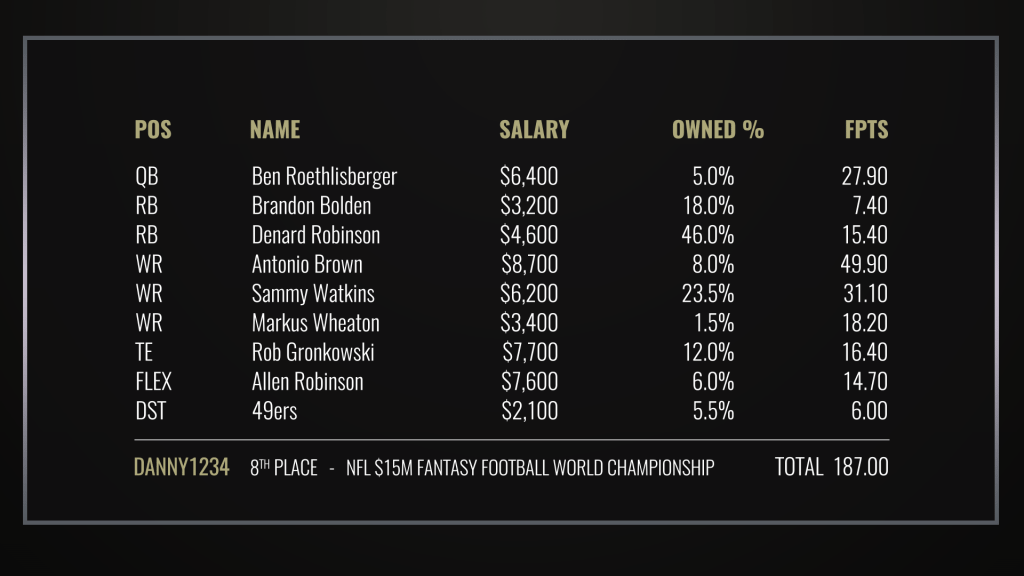 “I kind of got away from football for a couple of years…till fantasy football started. Once that started it rejuvenated me. Not only did I watch games that I would never watch before, but I would watch all the games.”

Rejuvenated and focused, Danny Moreno will now set his sights on the final round of the Fantasy Football World Championships in Los Angeles. He’s in 8th place and just a few points back from hoisting a 7-figure check. Already guaranteed at least $100,000, it’s safe to say he’ll savor every moment of this experience and likely won’t be leaving early to get a jump start on work.